Thank you for your request for Osteosarcoma Information. We will mail your information within a week. For any questions please contact Liz Vallejo at liz@mibagents.org

Oops! Something went wrong while submitting the form.

When You Give Monthly, You Make It Better for Kids with Cancer Every Day

It's Easy, Automatic, and Affordable- set it and forget it.
$10/month can support programs that encourage children fighting osteosarcoma the most, like our Warrior Mail and Gamer Agents.
$25/month can give children in treatment for cancer items of comfort and entertainment so they feel less alone.
$50/month can provide parents/caregivers with educational resources to help their children during cancer treatment.
$75/month can fund desperately needed osteosarcoma research that can help kids in treatment now and kids yet to be diagnosed.
donate now

We appreciate your assistance in helping patients find the support and education needed during their treatment for osteosarcoma.
Oops! Something went wrong while submitting the form. 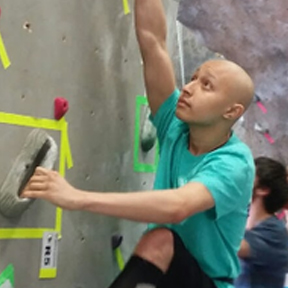 Ian battled osteosarcoma (bone cancer) since April of 2015.  It started with a bump on his shin that when removed was discovered to be malignant. After amputating his leg in June of 2015 and 8 grueling months of chemotherapy he was declared NED (no evidence of disease). But sadly 6 months later doctors found a new tumor at the base of his spine in his sacrum.  Experimental therapies at Cleveland Clinic used radium to blast the tumor from the inside out giving him another amazing year and a half before passing away due to complications from treatment-induced AML leukemia.  Throughout this journey, Ian has truly lived his life fully — “If I can stand, I can climb.”

MIB Agents is a leading pediatric osteosarcoma nonprofit dedicated to Making It Better for our community of patients, caregivers, doctors, and researchers with the goal of less toxic, more effective treatments and a cure for this aggressive bone cancer.