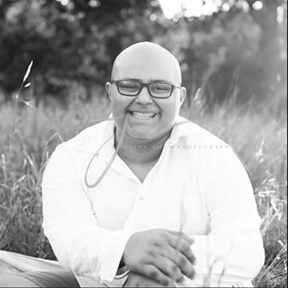 Seth Wright won the heart of millions without even knowing. Seth was diagnosed with metastasized Osteosarcoma on November 27, 2017 at the age of 14. Pain started in his left shoulder for months before his Pediatrician would do an X-ray.

Four months later he was diagnosed in his left arm and lungs and had a broken collar bone. Seth went through numerous chemos and none seemed to work for him. Seth also had 8 surgeries from limb salvage surgery to lung surgery, cryoablation and radiation to stop his bleeding. Nothing worked.

Seth fought hard and kept pushing through. He set goals and tried to accomplish them, and he did. He enjoyed his 4th of July with his favorite Texas Country singers and then his 16th Birthday bash. He made it to his 16th Birthday and sadly gained his wings and beat cancer on the same day.

Seth is now flying high with the angels and I’m sure talking Stan Lee’s ear off! Our sweet Seth will be dearly missed but we know he made a huge impact on the world!

Thank you for considering a donation in Seth’s honor and memory to MIB Agents.