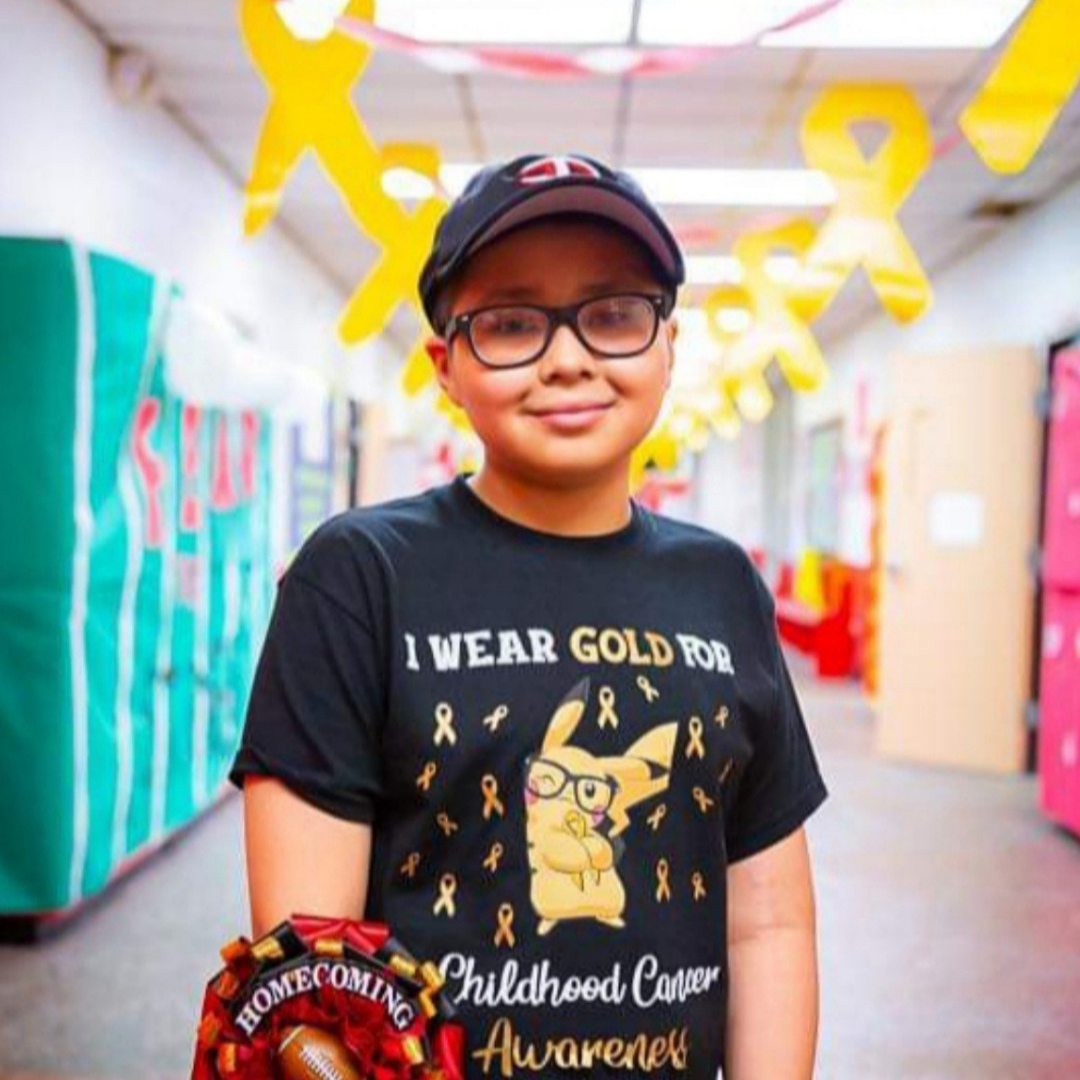 Victor was a very happy, healthy, and active 8-year-old in April 2017 when he started having pain in his left shoulder after playing outdoors. We took him to his pediatrician and his x-ray showed nothing, we were told he was fine and to take ibuprofen for inflammation and pain. The pain came and went and we kept taking him back but because Victor was so active and he loved to play outdoors, we thought he just kept hurting himself and wasn’t letting his shoulder heal. Finally, the pediatrician referred us to an orthopedic specialist, and our appointment was set for 2 weeks later on June 1st. After explaining what happened the doctor suggested it might be a bone tumor by just looking at his swollen shoulder so the next day we did an MRI and X-ray to confirm his suspicion. He called later that evening telling us it was cancer and we had to go to Houston, TX.

Victor was diagnosed with Osteosarcoma, a rare type of aggressive bone cancer. On his 9th Birthday, Victor went to his first-ever surgery for a bone biopsy. Scans a day later confirmed the cancer was in his lungs too. He was diagnosed with Metastatic Osteosarcoma and gave us a 30% survival chance. Victor received chemotherapy and his 10 week scans showed that the tumor was shrinking. Victor had his limb salvage surgery, tumor regression with total replacement of his left humerus with an endoprosthesis. He then continued chemotherapy for another 3 months.

On December 15, 2017, he had a bilateral thoracotomy to remove the nodules in his lungs (6″ his left and 5″ his right side). He then continued to fight by finishing his 29-week treatment plan – March 12, 2018, was his very last day. End of treatment scans on April 6th showed a new suspicious spot in his left lung – we couldn’t do biopsy or surgery too soon so we had to wait another 6 weeks to re-scan. On June 7, 2018, a day after his Birthday, scans confirmed the cancer was back. We were offered second-line treatment plus a trial drug.

We had to relocate to Houston once again and Victor started chemotherapy again. After his 2nd cycle, the tumor had shrunk by 30%. After the 5th cycle, it was still stable so the doctor decided to remove the tumor. On November 15, 2018, he had a second left lung surgery (thoracoscopy) to remove the nodule. Victor was finally cancer free but we decided to continue with maintenance chemotherapy (a trial drug) and for 5 months Victor was NED.

Then on April 21, 2019, his routine scans showed the cancer was back and more aggressive. There was NO cure for him but Victor wouldn’t accept this and so he decided to fight again. We started chemotherapy again on May 22nd and after 2 cycles scans showed the chemo wasn’t working so Houston provided more clinical trial options for us. Victor accepted and back to Houston we relocated for the 3rd time. We started this new trial on July 18th and after 2 cycles, again, it wasn’t working.

We decided to look for a second opinion at MD Anderson and ended up moving his care there. He was put on a list to start a new immunotherapy but we still needed to control the cancer so we started radiation in his lungs. October 20, 2019, Victor was admitted to the hospital for pancreatitis which then confirmed that the cancer had spread to his pancreas and stomach. He was given chemotherapy for 5 days. That helped the cancer from spreading. Finally, on November 13th, he went into surgery to remove a small tumor in his lower back and that was going to be used for the immunotherapy.

Victor went inpatient on December 5, 2019. He received chemotherapy for 7 days in preparation for his new cells. Finally, he was ready for the transplant day. The following days were hard on him due to inflammation in his lungs which we knew was a risk as one tumor was too close to his heart but my son was willing to take the risk.

At 11 years old all he wanted was to live. He was so sick that he ended up in the ICU on the BiPAP machine. He slowly got better and was discharged on Christmas Eve so he could spend the holiday at home (in Houston). He was doing ok, then 2 days later was in excruciating back pain – he was admitted New Year’s Eve. On January 2nd, he went in for an MRI and while he was in there we were swamped by doctors telling us he had a tumor pressing on his spinal cord and he could be paralyzed if we didn’t do surgery immediately. They took him straight to the OR. Victor was up and walking by 4 am the next day just 8 hours after having back surgery. Then on January 4th his oxygen started dropping and he was transferred to the PICU –he was not doing good. They told us we didn’t have much time left with him.

Victor wanted to live, even after we talked to him about what the doctors had said. He said, “Mom, I still want to fight this.” On January 24, 2020, after a 3 year battle with Osteosarcoma, my precious Victor took his last breath in his mama’s arms (a month after his baby sister was born).

He wanted to live long enough to meet her and he did. He wanted to do so many things and already had his future planned out as far as going to college, career, and how he was going to work to “survive” college and adulting. Victor always had a positive mindset and hardly ever complained about anything. He was a great, smart kid with a kind, loving heart.

We choose to live for him and continue to keep his precious memory alive. Victor wanted to contribute to research every time he did a trial, even if it required extra blood work, testing, etc. He voluntarily gave his initial tumor (left humerus) for research. He always said, “If it doesn’t help me, it will help them study it for other kids in the future.”

Victor is loved and missed beyond measure. His legacy lives on forever in the hearts of those he touched. 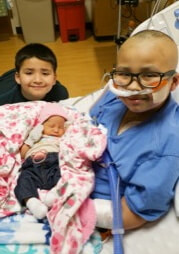 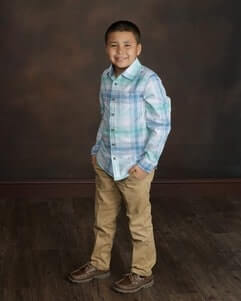 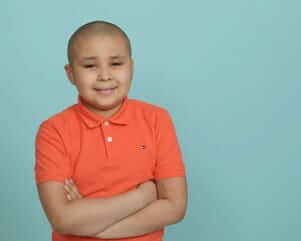 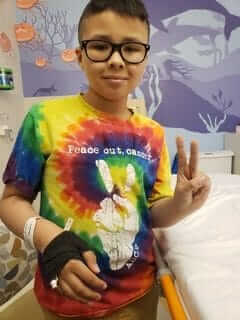