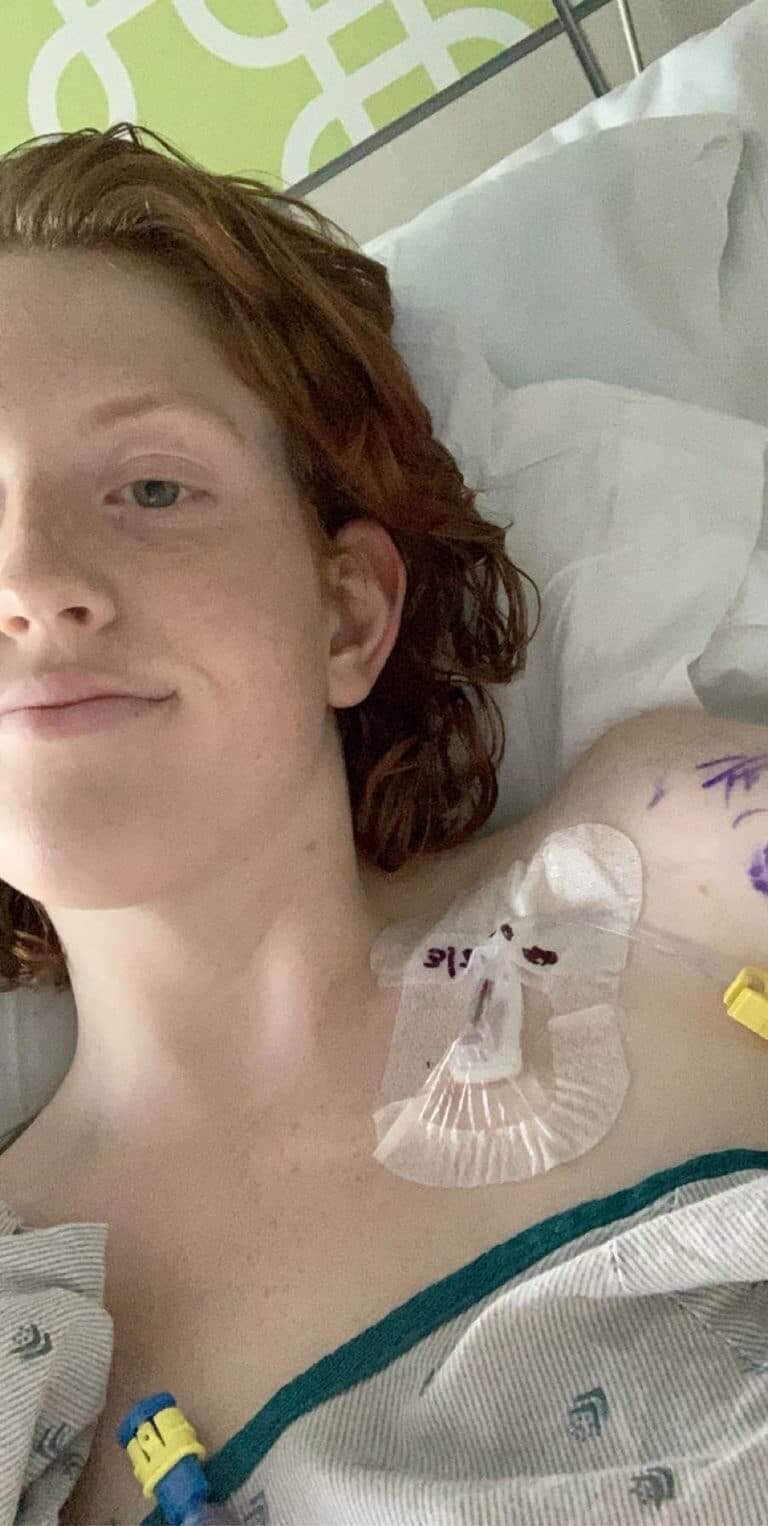 My story starts in April of 2016. I was making cupcakes and decided to mix the batter by hand since I was too lazy to get out the mixer. The next day, I noticed that my right shoulder and bicep were sore. I thought it was sore from mixing the cupcake batter by hand but as the days went on and things didn’t get better, I knew something was wrong. I kept telling my mom that my arm hurt but it wasn’t until June that I went to the doctor. I was only in his office for about ten minutes and left with the diagnosis of tendonitis, an inflammation of the tendon. I was told to go to physical therapy twice a week after that. I walked out of the office happy that I had finally got an answer to what the pain was and a game plan for moving forward.

After a few physical therapy visits my physical therapist noticed that my shoulder wasn’t behaving the way it should if it was tendonitis, so he referred me to an orthopedist in the area for an X-ray. The X-ray showed a mass on my upper arm, just below my shoulder. He referred us to his friend who is an orthopedic surgeon in Beverly Hills. The orthopedic surgeon wanted a few more scans the next day to confirm but he told me that I had a textbook case of osteosarcoma. On July 21, 2016, at the age of 14, I was told that I had cancer.

Chemotherapy started soon after my diagnosis and on November 4th, 2016, I had my shoulder and most of my humerus replaced with titanium. I continued my chemo treatment and got stronger everyday after surgery. The pathology report on my tumor came back with 95% necrosis or cell death. It was one of the highest percent of tissue death my orthopedic surgeon has had. In April of 2017, I finished chemotherapy and a month later I was able to go back to school. I settled into my new “normal” life and was back to being a typical teenager.

On March 30th, 2018, I received a phone call from my oncologist saying that the spots I already knew I had on my lungs, had grown in size and number. The fight wasn’t over yet, and on April 20th, 2018 I had my first thoracotomy to remove and biopsy the tumors in my lungs. They were confirmed as osteosarcoma and I had to go through chemotherapy again. Throughout the course of the second cancer treatment, I had 5 thoracotomies. The most recent one being on March 20th, 2020.

I am starting college in the fall and I am getting my independence back. I relied on my parents for so long to take care of me that it feels nice to have freedom back. I have my whole life ahead of me that I can need to start planning for today.