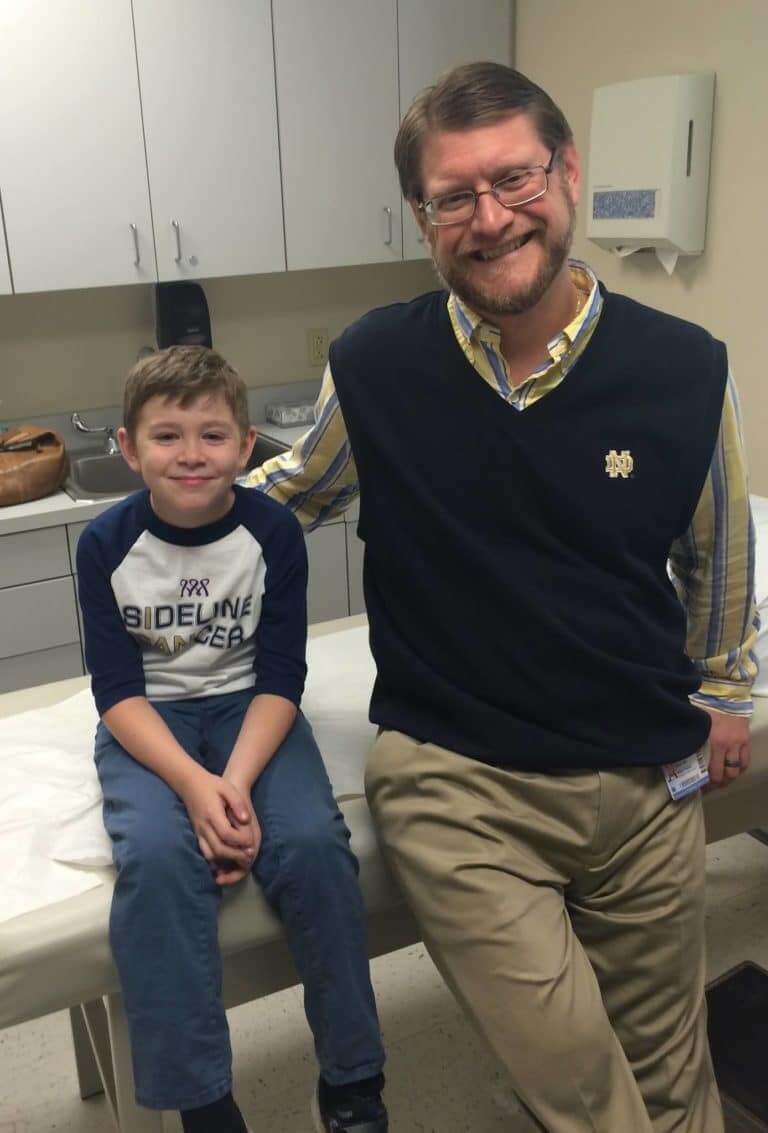 His Family Shares: Hi my name is Kim and my son is Dominick, he was diagnosed with Osteosarcoma when he was 6 years old. It all began with a limp that would not go away, after a visit to the doctor’s office we were told he had “growing pains”.

Several weeks later he was still limping, so we took him to a specialist who did an MRI, the results of which would change our lives forever with the words, “Dominick has a mass on his right distal femur”. A week later we were at Children’s Hospital Pittsburgh. We were referred to Dr. Kurt Weiss an Osteosarcoma Survivor himself. No one could imagine what lay ahead for my son. We had so many questions running through our minds; will we lose our son? How awful will the treatment be? What surgery should we choose? How do we keep our other children from falling through the cracks while we focus on Dominick?

Treatment began and so did all the awful things that come with it, he got sick, he lost his hair and he was so thin and pale. After 10 weeks of chemotherapy, he had surgery. We chose Limb Salvage Surgery. The pain after was unimaginable! To see your child in that condition is something no one should ever have to go through. After only 2 weeks he started chemo again. My older kids were starting Junior high and Senior high. It was a very hard time for all of us.

When we started chemo, we were told that there would be setbacks, and there would be weeks that his counts would be too low for treatment. Dominick made it through without one set back! He finished treatment on time, on October 26th, 2014. He remained in a wheelchair until January of 2015 and returned to school that month.

Things would feel normal for three months at a time until scans were due. The “scanxiety” would set in like PTSD. Thank God he never relapsed -it never spread to his lungs. It’s been six years and he is healthy and happy! There is still pain; Dominick lost almost all of his high-frequency hearing and suffers from back and leg pain, but he is here and we are forever grateful to Dr. Weiss and Dr. Maurer for saving his life.