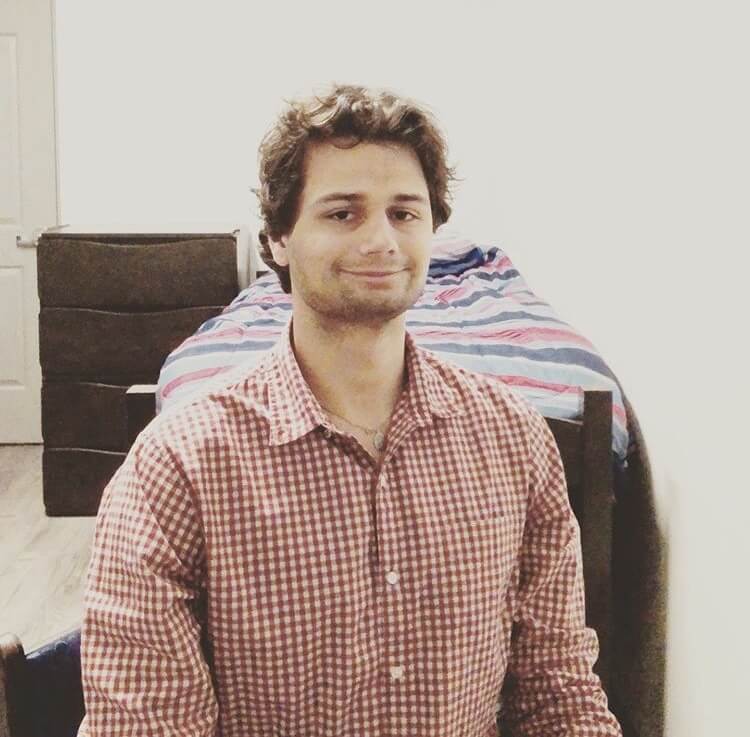 My name is Jeff , and I am a 6’8, 24-year old former high school basketball player from New Jersey. After graduating, my hope was to attend prep school, then continue my basketball career at a collegiate program.

In June 2014, my father noticed that my left thigh was larger than my right. We thought I was favoring my left leg when I was lifting weights, so worked out my lower body with one leg at a time. However, my bigger leg was weaker than my smaller one, which did not make any sense. A subsequent x-ray revealed a 38 centimeter long tumor on my femur, which covered the entire bone. I did not know how to react or what to expect to happen next. All I knew was there was clearly an issue and it needed to be fixed as soon as possible.

Days later, my family and I traveled to Memorial Sloan Kettering Cancer Center in New York City for the first time. We met my primary oncologist, his team of co-workers and my orthopedic surgeon (who would become the person who saved my leg). Lots of tests and a biopsy later, I was diagnosed with osteosarcoma. It was not the news we had hoped to hear.

The day after my diagnosis was my graduation from High School. I never would have imagined high school would end with me as a cancer patient. The following Monday was my first day of chemotherapy. My first ten-week cycle of chemo came and went, which lasted for the entire summer of 2014.

In September, I went in for a thirteen-hour surgery to remove the tumor. My femur and knee were replaced with a titanium rod and an artificial knee. I was hospitalized for ten days, when I had to work through severe pain to get up from bed and begin working again. The tumor was finally out of me, but there was still much to done about the cancer cells that were spreading beyond my femur. My doctors had spotted cancerous nodules that spread to my lungs. I underwent two lung surgeries in November and January. The rest of my time getting chemo went by fast. During this time, I got to be with other teenage patients in the teen lounge of my hospital floor. It was there that I got to make friends and share similar stories.

On Saint Patrick’s Day of 2015, my nine months of chemotherapy finally ended and I was declared cancer free. It was an incredibly awesome feeling to say the very least. It was time to move forward in life.  My survival did come with a price. I could no longer play basketball with my new leg, as the rod that was placed in me could’t tolerate impact, so I became an assistant coach with my high school team, which gave me something fun to do and kept me in touch with old teammates.

There was another passion I always had, to work for a history museum.  In the fall of 2015, I began College in Saint Augustine, Florida. After only two months of my freshman year, the prosthesis that replaced my femur loosened from my hip. The pain was so incredibly terrible, that I needed to return home for further treatment. In January, my second femur and knee replacement was completed and I felt better immediately after surgery. I would have several more leg surgeries. I graduated from Flagler with a degree in Public History this past spring, although it needed to be celebrated in quarantine due to the coronavirus. I will continue my education at George Washington University in Washington, DC to pursue a master’s in museum studies. While there, I aim to fulfill my lifelong dream of working for a history museum.

Thanks  to my family, medical team, physical therapists, teachers, friends and God for helping me through these challenging years, who have allowed me to stand and pursue my desired future.