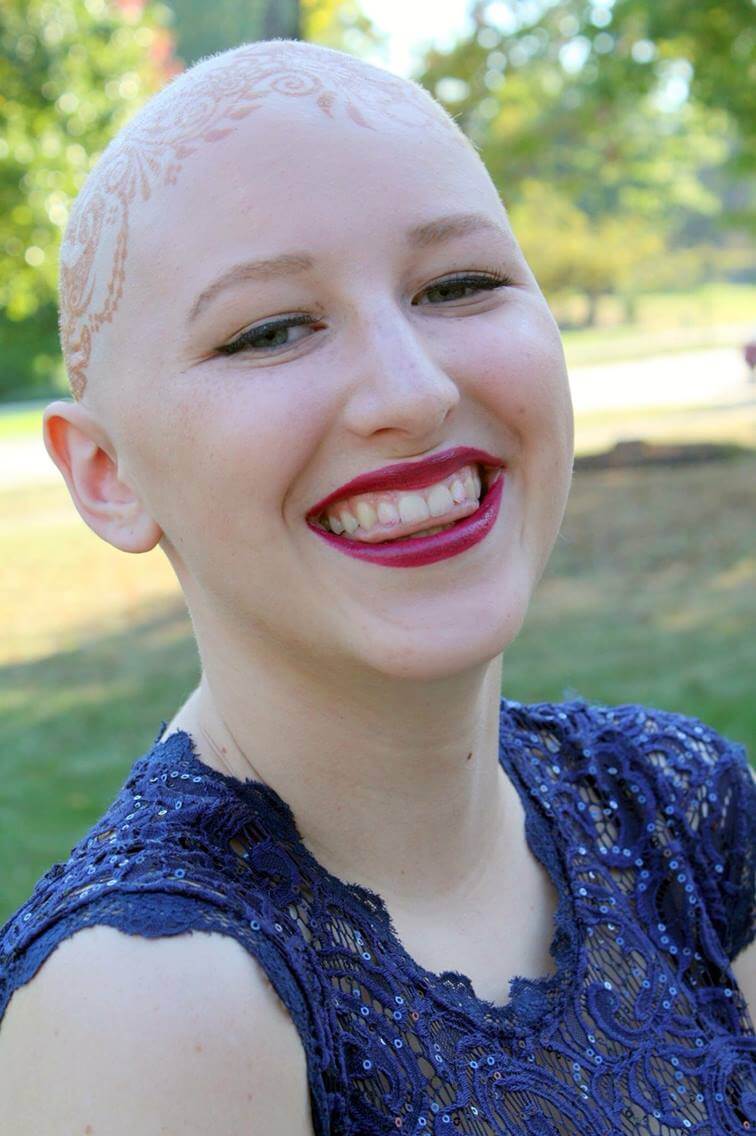 In 2017, I was 14 and looking forward to the summer before my Sophomore year of high school. I was a runner, a discus thrower, and a member of the marching band. That was all put on hold when I noticed a lump on the side of my thigh and was diagnosed with Extraskeletal Osteosarcoma. I have a lengthy history of cancer because of a rare predisposition to all forms of cancer called LiFraumeni Syndrome, but this was the first time I had to go through Chemotherapy.

My brother had osteosarcoma when I was nine so I knew what to expect from the treatment. But, I didn’t expect that my brother would be undergoing chemotherapy with me for his AML, a secondary cancer caused by the harsh treatment he received for his osteosarcoma. This was both a blessing and a curse to have my brother by my side as a built-in support system. It was incredibly helpful that he understood the annoyances of therapy. I never had to explain medical jargon and he can relate to being stuck in the hospital over the weekend because you didn’t clear your chemo.

But, Brent passed away from AML halfway through my treatment. I lost my brother, my inspiration, my other half. But, I kept going. I finished treatment and I brought his spirit with me the whole way.

I am now three years NED and enjoying every opportunity life gives me. Since treatment, I was able to march with the band, make the varsity throwing team and even run the MIB half marathon.

While I wish that I had more memories that were not tainted with cancer, I know that the experience provided me insight that cannot be found in a book. I am looking forward to pursuing a career in nursing. While in the hospital, patients see only the sick. The success stories are outliving their lives. My hope is that in seeing a former pediatric cancer patient who has both survived and thrived, my patients might be encouraged and feel less alienation than I did. I believe that I am doing my part to Make It Better.

Lauren is a MIB Ambassador Agent, Junior Board Member, and FACTOR 2020 Speaker.