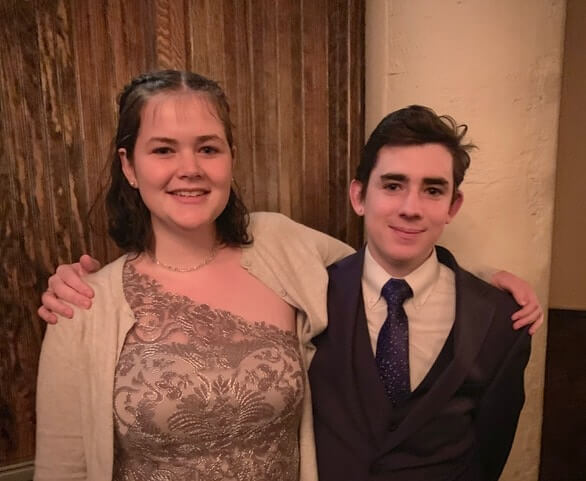 When I was little I played all kinds of sports. My favorite was baseball. I played whenever I could, worked hard and played hard. When I was eleven I tried out for my brother’s 14U baseball team. I made it on, as the only girl in the league! When we started winter training, I realized it hurt to run. I didn’t find this too unusual because at the time I was diagnosed with Sever’s disease, and had been for a few years. But then I could barely walk.

I got an X-ray and an MRI (that took five hours). On December 23, 2016 I was diagnosed with osteosarcoma bone cancer, in my right femur. I started chemo on New Years Eve and continued through August, finishing 18 rounds. In the middle of my chemo I had limb salvage surgery (LSS,) replacing most of my femur and my knee.

After I finished chemo I didn’t know what to do, or what I was going to be able to do. I can no longer run. I couldn’t play baseball, which had been my main focus before treatment. I struggled for a while. Then I shifted my focus to music and theater. I am now a freshman at a world renowned arts high school, studying violin and voice. Before cancer, if you had told me that my life would end up like this, I would have laughed. I couldn’t imagine myself being a musician. Now that I’ve lived it, I wouldn’t change a thing.