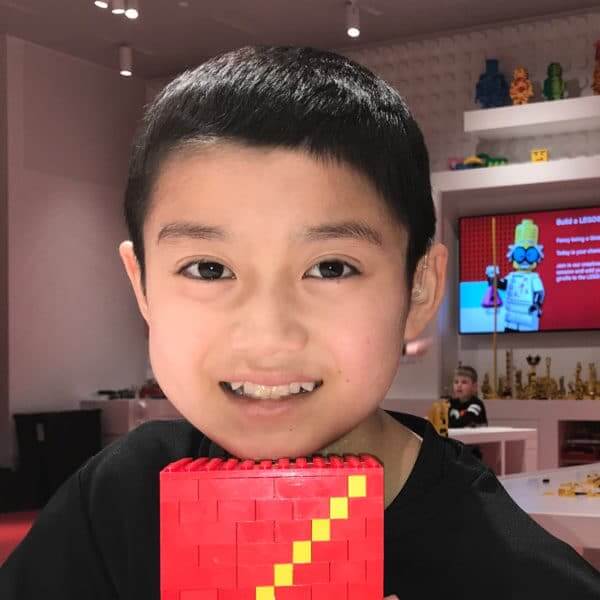 Dylan, the youngest of three brothers, was diagnosed with osteosarcoma in his left humerus in January 2016, when he was nine years old. Since then, he battled through four recurrences until his disease advanced aggressively beyond possible treatment options. During his 5+ years battling this disease, Dylan demonstrated incredible strength, courage, and optimism. He never stopped fighting and never gave up hope.  He lived by his credo “I will always be strong enough to pick myself up no matter what,” and inspired others with his resilience, joyful spark, and grace.  Besides his family and his dog Buster, Dylan’s loves and passions included Legos, superheroes, (especially the Marvel Universe, Ironman, and the Flash), cooking, gaming with his friends, and watching his favorite show The Office, among others.

MIB Agents has been an incredible resource for Dylan and our family. In addition to providing helpful patient programs and funding important osteosarcoma research, MIB Agents has created a passionate and active osteosarcoma community that connects patients, families, clinicians, and researchers to fuel and advance collaborative learning and osteosarcoma research. Not only has it provided an invaluable support system by connecting us with other families and patients, but it has given us access to a network of osteosarcoma experts that have been invaluable resources during Dylan’s battle.  Support of MIB translates to meaningful support for families, offering hope for better treatment options and a cure.

We have launched  Dylan's Brick Shop to help improve treatment options and outcomes for osteosarcoma warriors by sharing Dylan's joyful passion for LEGO®. You can buy a LEGO®, donate LEGO®, or simply donate to the Dylan Toma Osteosarcoma Research Fund to help make it better for OsteoWarriors. http://dylansbrickshop.com/