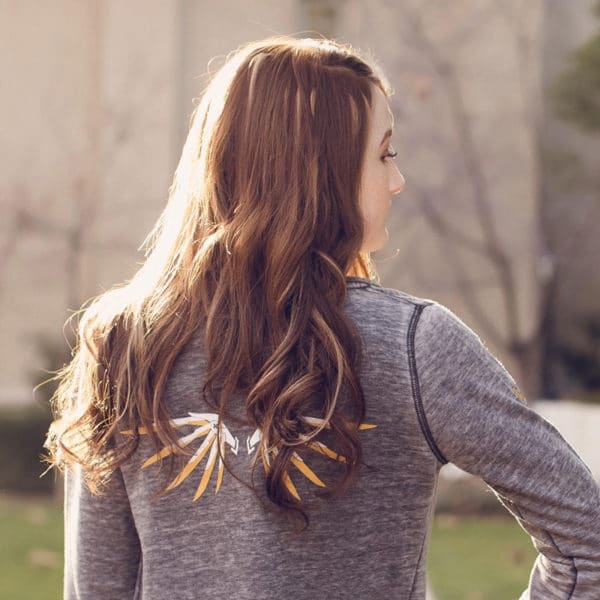 Our precious daughter, Megan, was an athlete who had just finished playing in the high school volleyball championship game in mid-November of 2014. Just before Christmas, she began having pain in her knee. It worsened and led us to an appointment with an orthopedic doctor where alarmingly, an x-ray showed a tumor. Further scans and a biopsy that week led to a diagnosis of osteosarcoma in her left knee/femur in February of 2015. She had just turned 15 but being the cancer was localized, her prognosis was promising.

Megan completed MAP (protocol) treatment and limb-salvage surgery and was declared cancer-free in November of 2015. The celebration was short-lived as in February of 2016, a check-up scan showed metastasis for the first time. As OS typically does, it was now in her lungs. The battle never ceased from then on and included multiple rounds of different chemotherapies, personalized medicines based on mouse studies on her tumor one which showed 95% curative in the lab, double thoracotomy surgeries with numerous chest tubes, radiation, amputation, immunotherapy, and cutting edge clinical trials. Despite all these efforts, Megan died July 11th, 2019 at the age of 19, at home surrounded by her family.

She had the best of care at UCLA and the So Cal. Sarcoma Oncology Center both of whom rallied around her honoring her desire to keep fighting and we are grateful for the 4 1/2 years we had with her following diagnosis. The need for funding is greater than ever. Stunningly, there have been no new treatments for osteosarcoma for thirty years. We need to fund research that seeks to discover more effective and kinder treatments.

Megan never complained and often said, “it is what it is so why worry about it”. She was more concerned for her family than herself. She saw the bright spot of her disease as all the time she didn’t have to be in school and was able to spend gaming! She reached Overwatch Top 500 in North America and was an avid Nintendo fan with her first love being Animal Crossing. Her dream was fulfilled when she got to visit Tokyo, Japan with her dear friend, her beloved boyfriend, and her family. She loved cats and spent time rescuing and bottle feeding many. When told there was virtually no hope for a cure, she dyed her short hair pink and embraced the motto “Not here for a long time but for a good time.” She expressed how grateful she was for the life she had for albeit short, she knew she was fortunate it was rich in experiences and she was well-loved. We fight daily to try and ‘live on’ as she wanted.