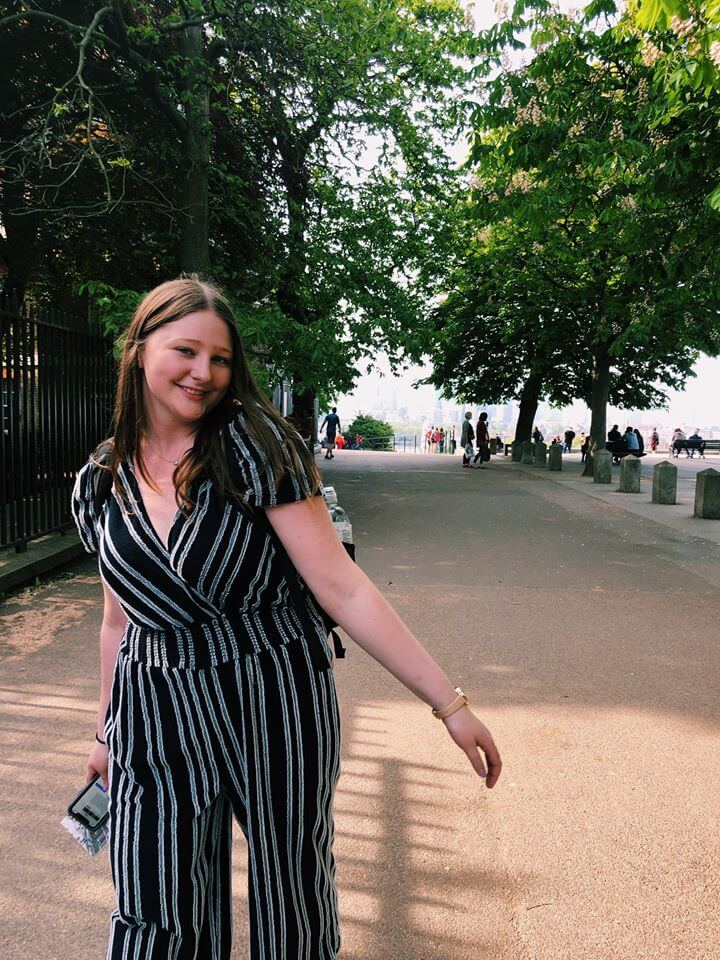 In 2011, I was eleven years old and in the sixth grade. I loved basketball and I played soccer and volleyball too. Unexplainable pain in my right tibia led me to the pediatrician after soccer practice. Almost immediately, I was off to get an x-ray and within one week I arrived at Memorial Sloan Kettering Cancer Center in Manhattan for the first time. Life changed very quickly from that moment.

No one in my family had ever had cancer before, so this world was new to us all. I had no idea as I walked the walls of Sloan that I was inside of a cancer hospital. I knew I was having a biopsy. I had heard the word osteosarcoma thrown around and I understood the doctors were hoping it was a benign tumor instead. I had no idea, though, that any of these words were related to cancer. On May 6th, 2011, I had my first bone biopsy and I found out that I did have that thing they called osteosarcoma, and it was in fact cancer.

Being told this news is a moment that no one forgets. But I think my diagnosis is unique because to this day it makes me laugh. I was in post-op, still a little groggy when my nurse walked in. Almost immediately, she tells me that her cat recently had cancer, but it was okay because it finished chemo and was doing great now. I looked at my mom and asked her, “Do I have cancer?” to which she responded, “A little bit.” I started crying. And the nurse crumbled, recognizing she had said the wrong thing. Most people would say this was a huge medical error. But I can’t imagine it happening any other way. Who really wanted to be the one to tell me this news anyway? My nurse ripped off the band aid and made an impossible moment a laughable one.

Soon after, I began chemotherapy on a MAP protocol. My prognosis was good. The cancer was localized and had not yet spread to my lungs. My treatment team said that my tumor was the smallest they had ever seen. So small that they were surprised it was even symptomatic. The small size also meant that limb salvage surgery was possible. After three months of chemotherapy, I had a sixteen-hour vascularized fibular graft surgery to remove my tumor and replace the tibia in my right leg. Once I was strong enough, it was back to chemo. All things considered, I handled the intense treatments well and managed to avoid infections for a while. Through it all, I played cards with my mom and I did schoolwork with the hospital tutor and I laughed with my nurses.

Finishing treatment, I learned that it was just the beginning of my healing. Chemo had slowed down my orthopedic recovery. Six months after surgery, I was still not weight bearing on my leg. Chemo prohibited bone fusion, and a leg length discrepancy was forming. I was unable to return to basketball in eighth grade, as my surgeon promised, since I was in and out of the operating room to replace hardware and promote bone fusion.

Come April 2012, at a post-op appointment for an iliac crest bone graft, my surgeon was walking out of the room when he noticed that my leg looked different. On May 6th, 2014, exactly three years after my first diagnosis, it was confirmed that I had a local recurrence. My prognosis was bleak, even with the prescribed treatment plan of an above knee amputation and more chemo – this time ifosfamide and etoposide. Unlike the first time, I now understood what my diagnosis meant and the pain that comes along with it. I was devastated.

While my body responded well to MAP, the side effects from the new treatment were brutal. I was constantly hospitalized, and my body had clearly had enough. The decision to withdraw chemo early was made, but scan by scan the uncertainty of my future slipped away. I regained strength and returned to school full time in eleventh grade, graduating with an IB Diploma on time with the rest of my class in 2017. I moved the Boston that fall to begin Northeastern University, where I major in Health Science on a pre-medicine track. I am now six years NED, heading into my fourth year of undergrad, active on campus, and preparing to apply to medical school. I am an Ambassador Agent and Junior Board Member at MIB Agents and eager to continue Making It Better for kids with osteosarcoma!

MIB is so grateful for Maeve’s service to the kids we serve through Ambassador Agents, on our Junior Board and in working together with The Osteosarcoma Project.